Posted at 18:55h in Annual Banquet and Gala by vrcbcadmin 0 Comments
0 Likes
Share 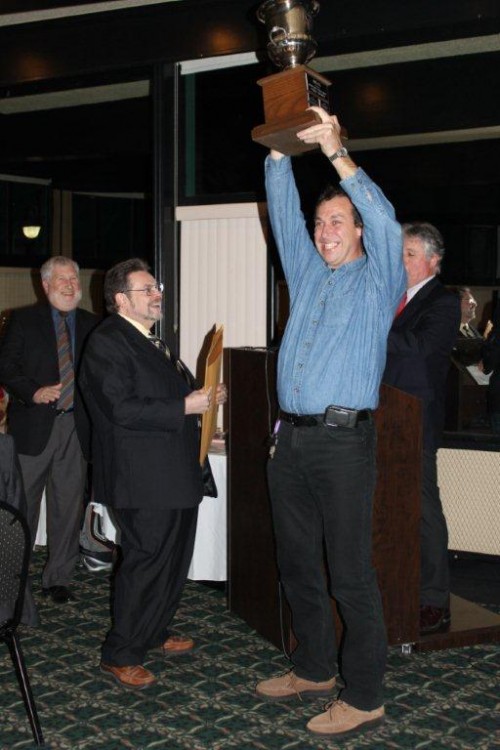 The VRCBC held its 2011 season-ending Annual Gala & Banquet on Saturday, November 19th at the Delta Town & Country Inn. There were a few serious moments — but not very many! Thank you to our photographers: Janet Backe, Catharine Wood and Linda Zumm. Check out their photos of the award winners and some of the other goings-on below.

Dennis Repel accepts Pegasus Award on behalf of winner Geoff Tupholme and then learns that Geoff will be in the 1:18’s in 2012 – J. Backe photo