Two of the VRCBC’s finest competed in the 2022 Leavitt Machinery Knox Mountain Hill Climb. President Mike Zbarsky was a first timer with his rare 1967 Triumph 2000. In contrast, Larry Sandham’s Mini Vauxhall has lost count of how many times they have gone up that hill together! – Jim Moody photos

After missing two years (for well known reasons), the Leavitt Machinery Knox Mountain Hill Climb was back over the May long weekend. Our intrepid roving reporter (and long time supporter) Jim Moody braved ‘the wilds’ of the Okanagon in order to send us this report and photos of some of the highlights. Thanks very much Jim!

The recent Victoria Day weekend saw the return of the Knox Mountain Hill Climb after the event, for the two previous years, had been cancelled. This year’s event, the 63rd Okanagan Hill Climb, was held under pleasant sunny skies. The two day event saw 54 drivers challenge the road course and a large turnout of spectators enjoyed the racing action both days. VRCBC was well represented along with other vintage entries. Club president Michael Zbarsky made his first appearance at Knox. Michael’s best time with his 1967 Triumph 2000 was on his final run turning a 2:30. 325.

Jasper Thomas, making his first appearance, arrived at Knox Mt. with his 1970 Dodge Challenger. His time of 2:14.528 on his 7th run would be his best. A long time competitor at Knox, Fred Del Pero with his 1969 Alfa Romeo GTV got his time down to 2:02.921 this year. Doug Yip with his son Trevor returned to Knox Mt. with the Tesla Cobra EV. Trevor’s best time this year was 1:54.435.

The FTD winner of this year’s event was Mark Uhlmann racing his Stohr WF1 up the Knox course with a very quick time of 1:39.989. Mark’s time was just 2.924 seconds off the record time set in 2007 by John Haftner with his Tui Super Vee.

In all, 12 drivers posted times under 2 minutes and a few more entries very close to that mark. It was a successful weekend of Hillclimb racing I think all would agree. – Jim Moody

The full results are available on the event web site (here) and the event Facebook page (here) has more photos and an onboard video of the fastest time of the day by Mark Uhlmann.

Check out more of Jim Moody’s photos below! 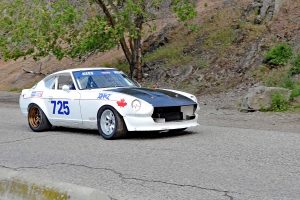 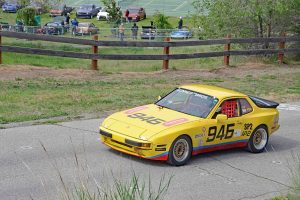 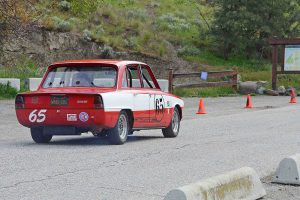 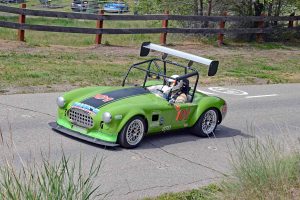 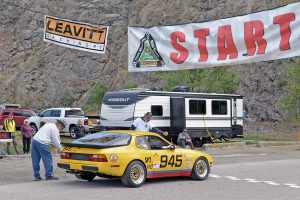 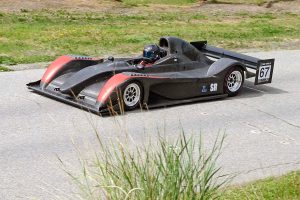 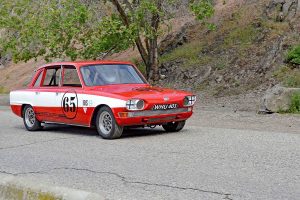 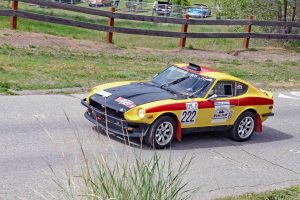 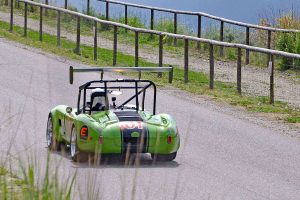 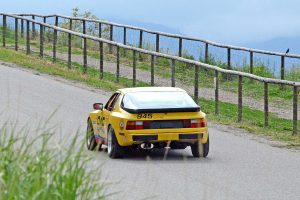 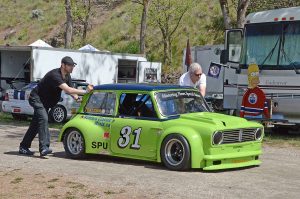 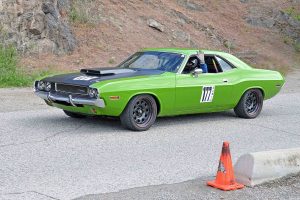 Jasper Thomas (1970 Dodge Challenger) has time to wave to the photographer on his return to the pits. – Jim Moody photo 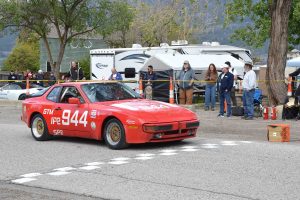 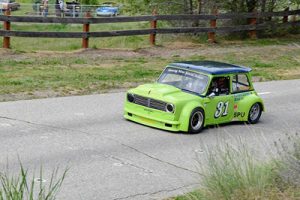 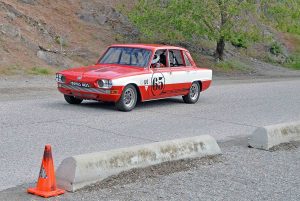 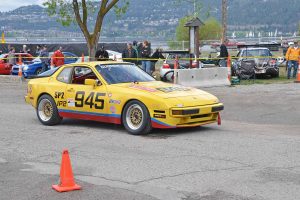 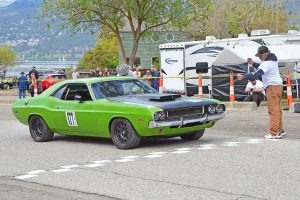 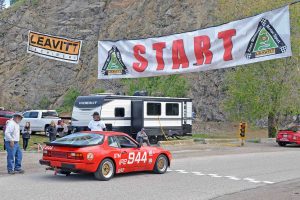 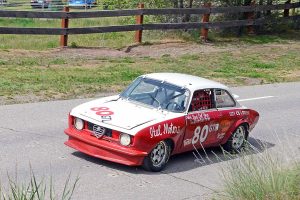