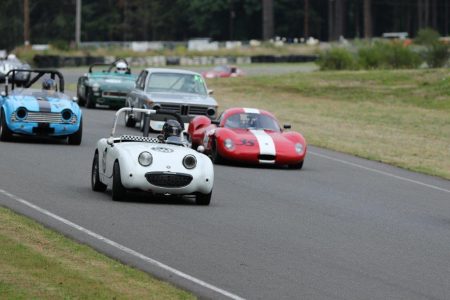 SOVREN, our good friends south of the border, held their annual Pacific Northwest Historics races at Pacific Raceway over the July 1-3 weekend. Several VRCBC racers and friends made the trip, and Brent Martin was there to capture them ‘on film’ (see below). Brent will have many more of his photos on his web site (here) soon.

Heading down the back straight. – Brent Martin photo

Ian Wood in his Volvo 142S in the middle of a ‘variety pack’ grid. – Brent Martin photo