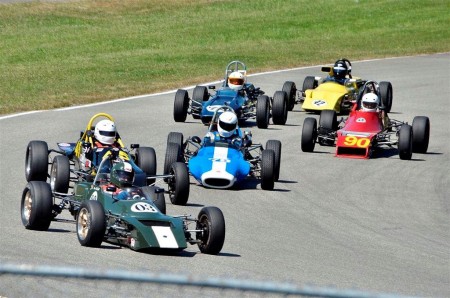 Have you been thinking about getting into Vintage racing but aren’t sure whether you want to go with a sedan or sports car (called Closed Wheel) or with a single seater (called Open Wheel or ‘formula cars’)? There are pros and cons to both choices but if you have never tried a formula car, don’t rule it out until you check it out. They are great fun to drive and race, and easy to maintain. (And you also get to brag to the Closed Wheel racers that you drive a ‘real’ racing car, not some modified street car!)

Formula Fords have been one of the most popular forms of single seater road racing around the world since the class was first created in the 1960’s and it is no different in BC. If you would like to find out more about racing a Formula Ford (either Vintage or modern), then check out the Formula Ford BC web site (here) for more info.