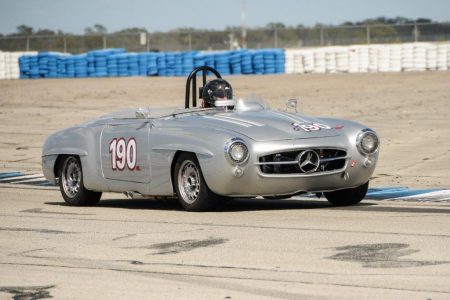 Not something you see on the track very often, this 1955 Mercedes Benz 190SL is being raced by Doug Radix. - Gunter Pichler photo[/caption] Posted: March 10, 2017

Another of the VRCBC's many intrepid, jet-setting reporters has just submitted his latest race report. Gunter Pichler attended the SVRA (Sportscar Vintage Racing Association) Sebring Vintage Classic at historic Sebring International Raceway over the March 2-5 weekend, and sent us some of his photographs of the great cars that were in action. 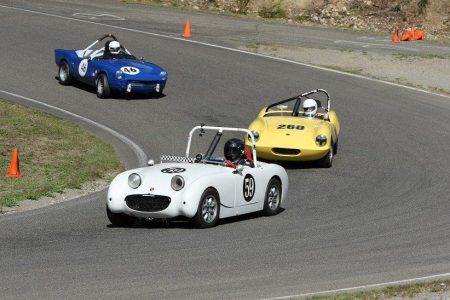 [caption id="attachment_12038" align="aligncenter" width="450"] Tony Morris rounds the Westwood Hairpin in his 'Heavy Chevy' Camaro. - photo courtesy Ted Wilkinson Collection[/caption] Posted: July 17, 2016 The BC motorsports community lost one of its most familiar figures this past week when Tony Morris passed away. Originally from Scotland,...

The VRCBC's Karlo Flores leads a group in 'Bonnie', his 1959 Austin Healey Bugeye Sprite. - Brent Martin photo[/caption] Posted: July 5, 2016 SOVREN, our good friends south of the border, held their annual Pacific Northwest Historics races at Pacific Raceway over the July 1-3 weekend. Several VRCBC racers and friends made the trip, and Brent Martin was there to capture them 'on film' (see below). Brent will have many more of his photos on his web site (here) soon.
Read More