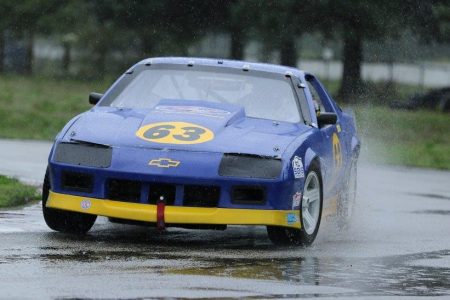 Not the ideal car for the conditions! Kiwi Bishop muscles his '89 Chevy Camaro around a soaking Turn 5. - Brent Martin photo[/caption] Posted: September 17, 2018

The streaming wet conditions kept many racers away from the REVS races during the SCCBC / CACC September 15th-16th weekend at the Mission Raceway Park Road Course. But, unlike many other forms of motorsport, road racing always goes ahead 'rain or shine'!

The overall results for the weekend are available on the Results page (here) of the SCCBC web site. The indefatigable Brent Martin was also there braving Mother Nature, and has provided us with the following photos. 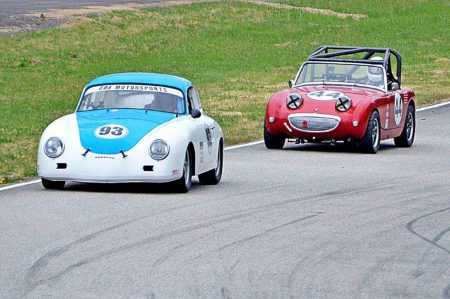 Two of the VRCBC's top 'draft picks' for 2018 battle it out in the Saturday Novice Race! Ewen Dobbie (1959 Porsche 356A) and Gunther Ruppel (1960 Austin Healey 'Bugeye' Sprite) will be 'graduating' to Vintage racing very soon. We are really looking forward to having these two plus Scott Whidden's Alfetta on our grids. - Jim Moody photo[/caption] Posted: June 26, 2018

The season's fourth event - the July 14th-15th weekend - will be a 'Vintage Double' with Vintage racing on both the Saturday and the Sunday. This will be the perfect warm-up for the our big annual event, the BC Historic Motor Races, a month later during the August 18th-19th weekend. 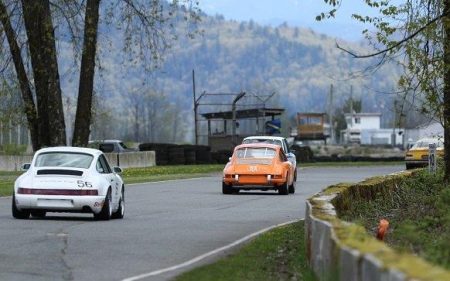 The April 21st-22nd weekend was a very busy one for the VRCBC. Some members were 'working' our display at the BC Classic & Custom Car Show in Abbotsford, while everybody else was 'playing' at the race track!

And now that spring has finally arrived, it's time to get that grass cut, as VRCBC Vice President Paul Haym so ably demonstrated with his highly efficient Datsun 510 'mower' in Turn 5! [gallery columns="2" size="medium" ids="13724,13723"] More of Brent Martin's photos of the Vintage action are shown below. (Thanks Brent.) The rest of Brent's photos of the whole weekend of racing are now posted on his website (here).
Read More 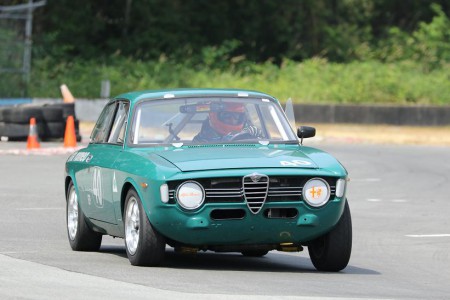 The weather was almost too perfect for the SCCBC's June Bug Race Weekend at the Mission Raceway Park Road Course. It was warm!

There was a good turn out of Vintage racers for the VRCBC REVS races. A real highlight was the appearance of Collin Jackson's beautifully restored and very fast 1973 Brabham BT40, a well-known Formula Atlantic competitor from the past.

Brent Martin has again provided us with some great photos - see below. He has also posted many more photos of the weekend's action on his web site (here).