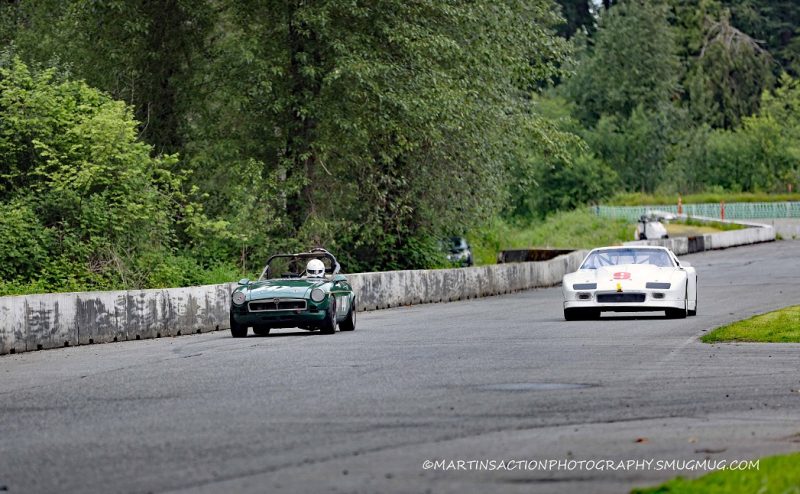 Just another of the titanic struggles so typical of Vintage racing as Ryan O'Connor (1985 Camaro) tries to hold off John Elliott (1969 MGB) between Turns 3 and 4 ....... or maybe not. - Brent Martin photo[/caption] Posted: June 14, 2022 The third races of the 2022 VRCBC’s Vintage racing season took place on Sunday, June 12th at the Speed-Fanatics Motorsport Circuit at Mission Raceway Park. This was the third event of the VRCBC’s very own IWE-REVS points series for 2022. The Vintage races were just part of a full weekend of road racing organized by the Sports Car Club of BC (SCCBC) and sanctioned by the Confederation of Autosport Car Clubs (CACC). The weather was a little damp at times but not enough to bother the hardy Vintage racers! Thanks (as always) to Brent Martin for his photos (see below) of the action. These will soon be available on Brent’s website (here), along with the many others he has taken over the years. Make sure to check them out and order at least one of yourself (or your favourite ‘hero’ driver if that’s not you) in action! The complete results for the weekend, including those for Vintage, are available on the SCCBC web site (here). The next Vintage races at the Speed-Fanatics Motorsport Circuit are scheduled for the Sunday of the July 16-17 weekend. See you there!
Read More

Posted at 19:14h in REVS by vrcbcadmin 0 Comments
0 Likes
Share 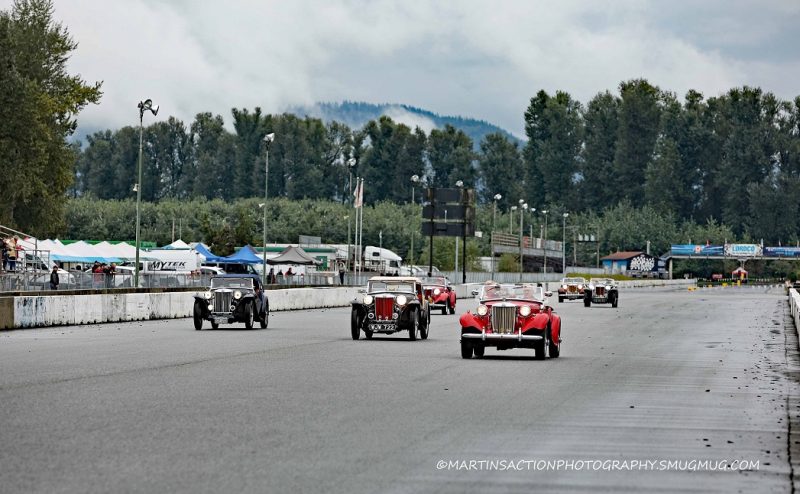 And the ground shook! VRCBC racing legend (and current director) Alan Donaldson reliving former glories, leading the thundering pack into the first turn. - Brent Martin photo[/caption] Posted: September 21, 2021 Wire wheels and wood rimmed steering wheels were the style over the CACC September 18th - 19th race weekend at the Road Course at Mission Raceway Park. The SCCBC was honouring its most senior member, Paul Lautard who was celebrating his 99th year! Paul used to race an MG TC many years ago, so some local MG enthusiasts brought out their classics to put on display in the Paddock and to also do some parade laps. The MG TCs. TDs and TFs are generally credited with leading the rapid growth of sports cars in post war North America. They might look pretty antiquated to modern eyes but they were a lot of fun 'back in the day' and they still are! Thanks as always to Brent Martin for the great photos (below).
Read More

20 Sep Fourth Race of the Season 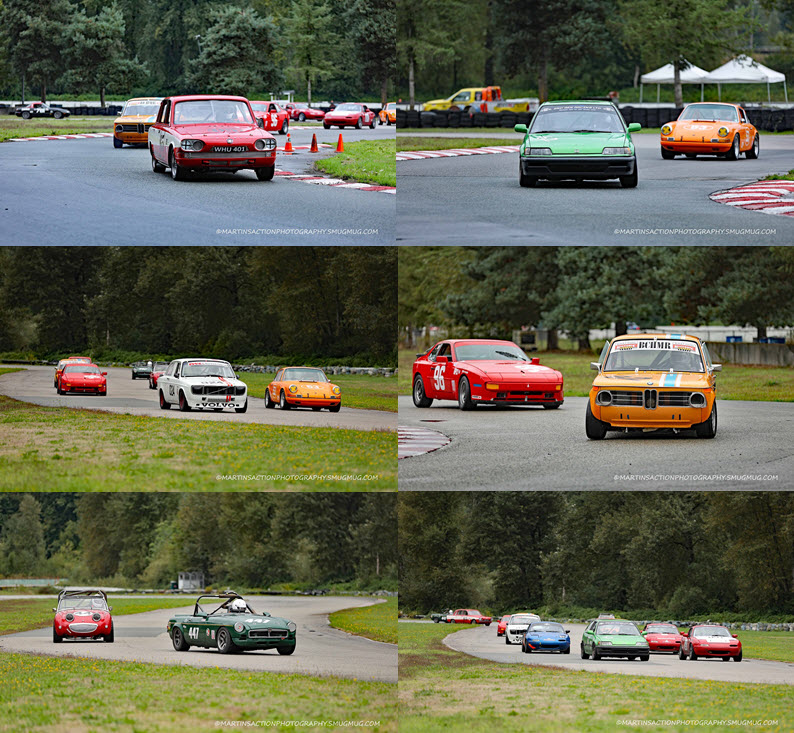 Posted: September 21, 2021 This past weekend saw the fourth CACC-sanctioned race meeting at the Mission Raceway Park Road Course for 2021. The organizing club, the SCCBC had its usual full schedule of practice, qualifying and racing sessions for Open Wheel and Closed Wheel classes on both Saturday and Sunday. The Vintage racers were out on the Sunday for our REVS series. The full results are available on the SCCBC website (here). Our thanks to Brent Martin for the photos in the above 'collage' and below. All of his excellent (as always) photos of the full weekend will soon be available on his website (here). Make sure to check them out and order at least one of yourself (or your favourite ‘hero’ driver) in action! The Vintage racers will be back on track during the CACC #5 race weekend on October 9th and 10th. See you at the track for this, the last event of the season!
Read More

27 Jul Second Race of the Season!

[caption id="attachment_15990" align="aligncenter" width="768"] Vintage racers in action on Sunday, July 25th. Variety of cars is the spice of Vintage racing life! It was hot and not just the action on the track! - Brent Martin photos[/caption] Posted: July 27, 2021 This past weekend saw the second...