The first three in-car videos from the 2012 REVS season at Mission Raceway Park Road Course have arrived. You can find them in the right hand column of this web site.

The first video is from inside Gunter Pichler’s 1964 Jaguar E-Type as he wins the first Vintage race on Sunday, April 15th. The second video is the view from the lower right front wishbone of Mark Brown’s 1969 Lotus Seven S-3 as he comes second in the same race. The third video is again from Mark’s Lotus as he wins the second race, after first Gunter and then Dennis Repel’s Camaro succumbed to tire issues – most noticeably in Turn #1 and Turn #9.

Look for the track improvements, particularly the much better sight line through Turn 6. 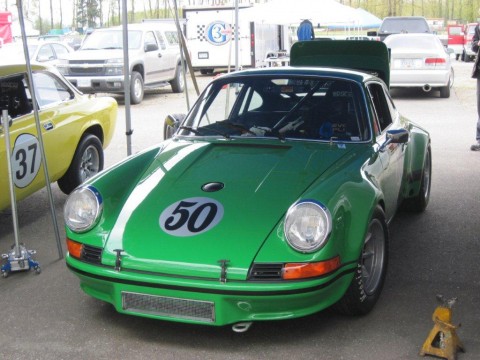 The SCCBC hosted two full days of CACC-sanctioned racing at Mission Raceway Park Road Course on April 14th and 15th. The SCCBC named the weekend ‘Robert Remembered’ in memory of Robert Currie, who sadly passed away in February.

The next REVS races will be during the May 12th – 13th ‘Mother’s Day Special’ weekend. This will be a special double for us, with a Vintage qualifying session and two races on each of the Saturday and the Sunday.

END_OF_DOCUMENT_TOKEN_TO_BE_REPLACED 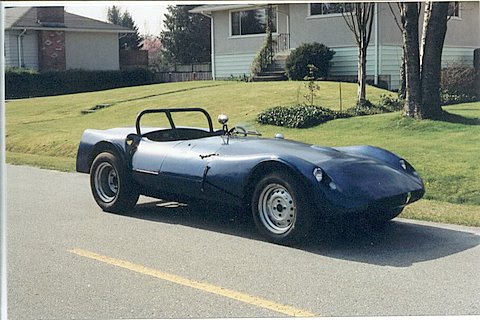 Regular visitors to this website will have noticed that the Ray Ford Special has recently disappeared from the Classifieds – For Sale section. That is because the car has just been purchased by Matt Flinn of Portland, Oregon. Matt has asked for our help in obtaining more information about this car’s early years.

The Ray Ford was one of the last and best-known of the ‘West Coast Specials’. This front-engined, aluminum-bodied sports racer was built in Port Moody by Peter Ray in 1958. It has a Ford (of England) Zephyr six cylinder with a Shadbolt cam, triple SU’s, an MG TD rear axle and close ratio gearbox. During the 1960’s, it was owned and raced by Gord Henderson, who renamed it the Ratel Mk 1, and may have entered it under that name. It was raced at Westwood, Seattle and Portland until 1969. At some point, the rear body section was modified from the original to accomodate larger wheels and tires.

Matt has already contacted those individuals who were known to have had personal experience or knowledge of the car, but is hoping that someone else may remember it and be able to provide some additional information that would help him re-create its competition history. Early photos of the car which showed the original rear body configuration would be particularly appreciated.

If you can provide any leads or suggestions, please contact Matt directly by email: mandmflinn “AT” gmail.com

This year’s Vancouver International Auto Show has again proved to be very popular with car enthusiasts of all types. Many of them have visited the joint SCCBC – VRCBC stand to ask questions about our road racing at Mission Raceway. Most of the questions have been about spectating but there has also been a lot of interest in getting involved ‘on-track’. Two good friends of the VRCBC, Intermeccanica Custom Coach Builders (here) and Classic and Collector Car Insurance specialists, Hagerty (here) also attracted big crowds.

Check out some more photos below.

END_OF_DOCUMENT_TOKEN_TO_BE_REPLACED 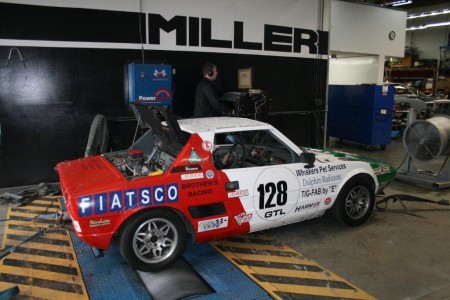 The Club held its Third Annual Dyno Day on Saturday, March 31st at Miller Performance in Abbotsford. (Another big thank you to Brody Saari.) Unfortunately, we had several no-shows (It was raining a little after all!) but those who were there had a great time and several made significant improvements in their car’s performance. The results are available here.

VRCBC VP Dennis Repel again ‘made the biggest numbers’ with his 1974 Camaro (with 406 hp and 422 ft-lb) for the third year in a row, and also took the loudest car ‘award’.