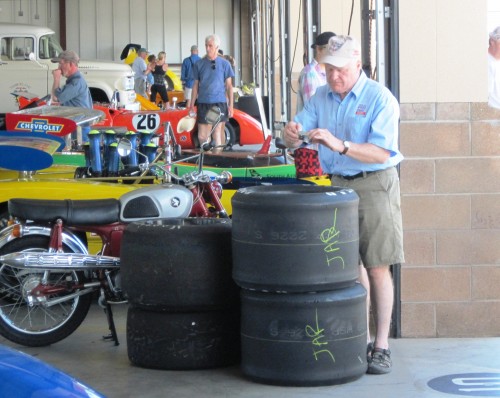 Maybe these ones will fit?

Finding the right tires for a vintage racing car can be a real challenge. Several Club members have done a lot of research over the years and have a great deal of useful information on what is and isn’t available in various sizes and compounds, as well as on potential sources of supply. Mark Brown, our favourite Lotus Super Seven racer – and CACC Vintage Discipline Director – has offered to compile this information so that it can be made available on this web site soon. In the meantime, if you are having trouble finding suitable tires or would just like some advice before making a spending decision, check with Mark or Jim Latham. Their contact information is available here. 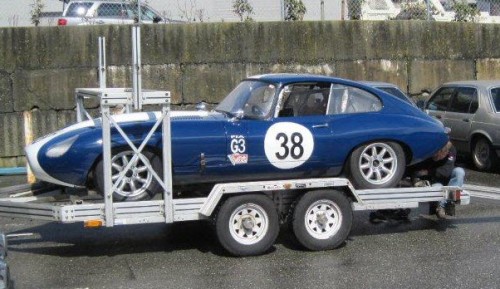 The Club held its Second Annual Dyno Day on Saturday, April 2nd at Miller Performance in Abbotsford. (A big thank you to Brody Saari.) Thirteen drivers tested their car’s horsepower and torque. The preliminary results are available here.

VRCBC VP Dennis Repel not only ‘made the biggest numbers’ with his 1974 Camaro (with 372 hp and 391 ft/lb) again this year, but was also unveiled as the best ‘guesstimator’. His guesses on what his engine would do were almost exactly dead on. The Camaro was loud too, but not as loud as Gunter Pichler’s well-known Series 1 E-Type, particularly when he tried it without the mufflers!

END_OF_DOCUMENT_TOKEN_TO_BE_REPLACED

A Visit from Breakfast TV 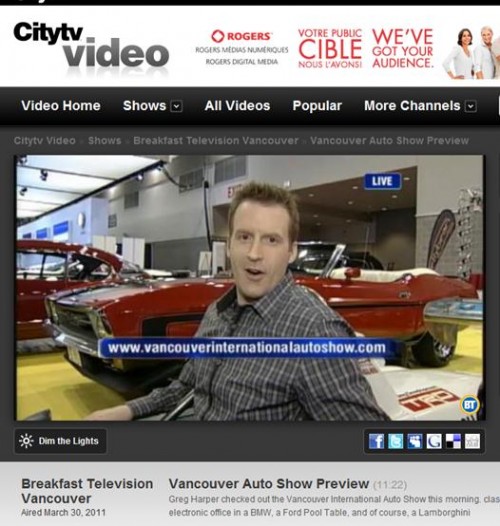 Greg Harper of Breakfast Television visited the Vancouver Auto Show on Friday, April 1st. You can watch the full video Clip here.  At about 3 minutes in, Greg talks to Nigel Matthews of Hagerty about the very rare 1959 Jensen 541-R, which was a big winner at last year’s All British Field Meet and will be back again for this year’s ABFM (click here) on May 21st at the Van Dusen Gardens.

With Nigel’s helpful commentary, Greg then tries to get comfortable in Tom Johnston’s Ralt in our VRCBC display. Greg, you will be able to really see how to “wear” a Formula Atlantic racing car when you come out to the BC Historic Motor Races on the June 11 – 12 weekend!

Tom Johnston’s 1990 Canadian Formula Atlantic Champion Ralt RT4 was one of the many star attractions at the Vancouver International Auto Show, which ran from March 29th to April 3rd at the Vancouver Convention Centre. Racing fans were very pleased to hear that the famous car is being “de-mothballed” and will be racing for the first time in 20 years at this year’s BC Historic Motor Races on the June 11th – 12th weekend. The Ralt was in the Classic Alley section of the Show.

VRCBC members Manny and Linda Zumm are long time volunteers at all of the road racing events at Mission; Manny as a Track Marshall and Linda with Driver Services.  Linda has always been a great help with Driver Services at our BC Historic Motor Races.  Linda recently retired and wrote a story about her motorsport experiences for her previous employer’s newsletter.  You can read it here. Great story Linda – see you at the track!