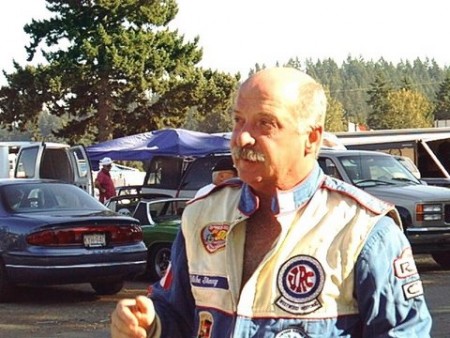 Long time racer and VRCBC member, Mike Stacey passed away on December 8, 2013. For many years, Mike was active in racing at Westwood followed by Mission, as well as at other tracks in the Pacific Northwest. A celebration of Mike’s life is planned for this coming spring. Mike’s obituary in the Vancouver Sun is available here. 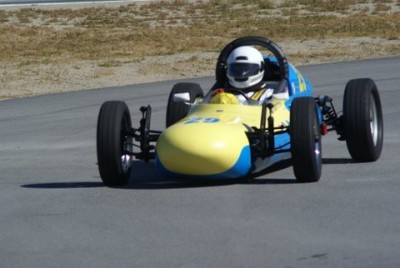 The VRCBC offers it condolences to Mike’s family and many friends. 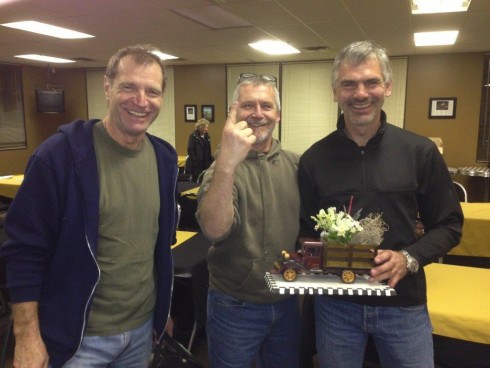 The winning Team ‘CPR’ (not the railroad) of Greg Campbell, Gunter Pichler and Phil Roney beat the second place Team ‘Over the Hill’ (an appropriate name perhaps?) of Ian Wood, Keith Robinson and Paul Haym by only 29 seconds. The gap was actually down to five seconds with only a minute to go when a hard charging Ian Wood decided to try passing some lapped traffic by taking the high side on the banking of the last turn – except there is no banking on this kart track (see photo). 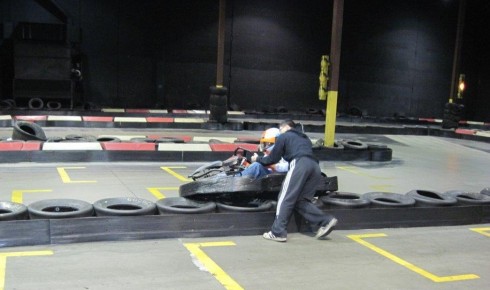 Ian Wood ‘high on the banking’ in the last minute. – Al Reid photo

Team ‘Over the Hill’ never let up throughout however. Both Ian Wood (at 29.828 seconds) and Keith Robinson (at 29.986 seconds) broke the 30 second lap barrier. They would have made it even closer if they had not made an unnecessary extra pit stop / driver change. (It is always best to pay full attention throughout the full pre-race drivers meeting!)

Team META (of Roger Salomon, Thomas Leisner and Angus Glass) took the final place on the podium; these veteran corner workers leaving many supposedly ‘real’ racers in their dust.

END_OF_DOCUMENT_TOKEN_TO_BE_REPLACED 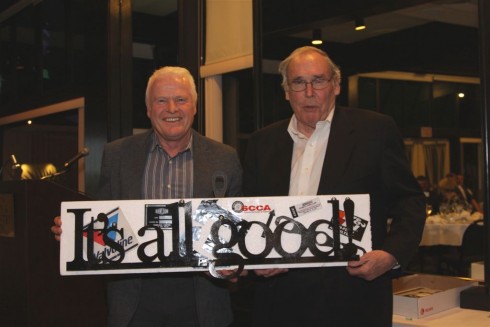 This year’s Annual Gala & Banquet on Saturday, November 2 at the Delta Town & Country Inn was another big success with the usual potpourri of great food, ‘speeches’, serious (and not-so-serious) year-end awards, door prizes and dancing. Congratulations to Ivan Lessner, this year’s REVS Champ and to all of the other award recipients. We look forward to seeing everybody at the track in 2014.

Thanks to Gerry Frechette for the photos of the evening shown below. You can check out all of Gerry’s photos of this past year in motorsport on his web site (here).

END_OF_DOCUMENT_TOKEN_TO_BE_REPLACED

Final Races of the 2013 Season 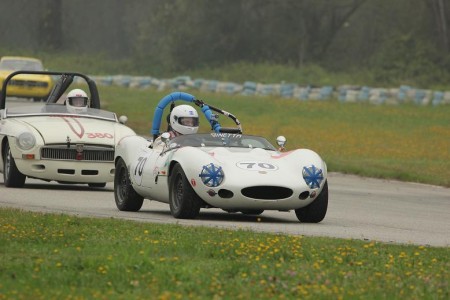 Sunday, September 15th saw the final Vintage REVS races of the 2013 season during the SCCBC’s CACC-sanctioned, ‘Summer’s End’ Weekend at the Mission Raceway Park Road Course. The day started out a little foggy but the weather held all day. It was a great ending to another excellent season of Vintage racing. Our thanks to the SCCBC for hosting our races once again this year.

Here are some of the first photos of the action. Once again our thanks to Brent Martin for the on-track shots. You can check out all of Brent’s photos on his web site (here).

END_OF_DOCUMENT_TOKEN_TO_BE_REPLACED

Our Vintage racers were on track during the Sunday of the SCCBC’s ‘Summer Sizzler’ August 3rd-4th Weekend at Mission Raceway Road Course. In addition to these ‘golden oldies’, there was lots of other great action throughout the weekend as well.

This weekend also featured the Family Affair Racing Team (aka F.A.R.T.) fourth annual Formula Vee Invitational Race. The Vees always put on a great show from the front to the back of the pack and this year was no different. More info on the F.A.R.T. Facebook page (here).

The final results are available on the Race Results – 2013 Season page (here).

Check out Brent Martin’s photos of the action below.