Vancouver Mini Club at the BCHMR! 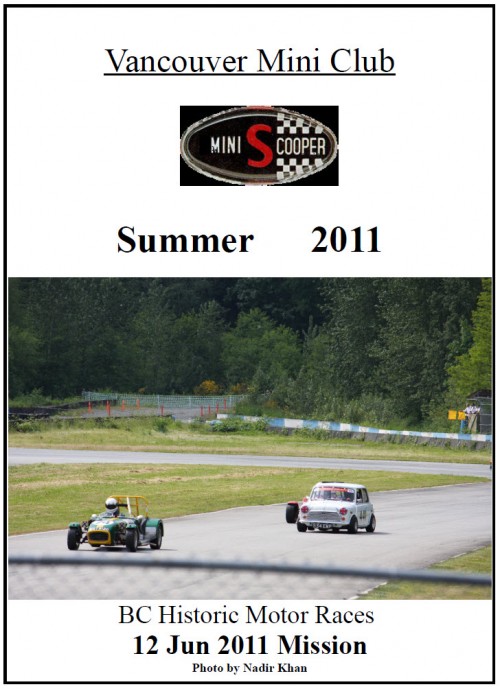 The Vancouver Mini Club is the natural home for all enthusiasts of the classic Mini in the area. Their website ( www.vancouverminiclub.ca/ ) and its online forum and $wap and $hop are great sources for Mini-related activities, information and parts. (Classic Minis always need parts!) Some of the Club members attended the BCHMR and displayed their cars in our Car Corral. You can read about their experience at the track, as well as some other stories, in the Summer 2011 edition of their SCooper newsletter. Just click here.

Two of the VRCBC’s finest MGBs were in excellent form during the Volunteer Appreciation Weekend at Mission Raceway Park Road Course. 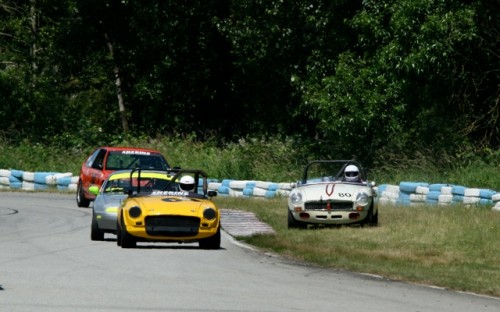 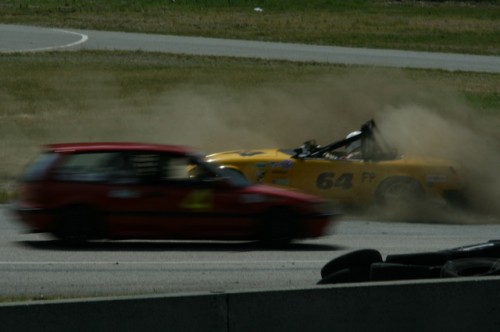 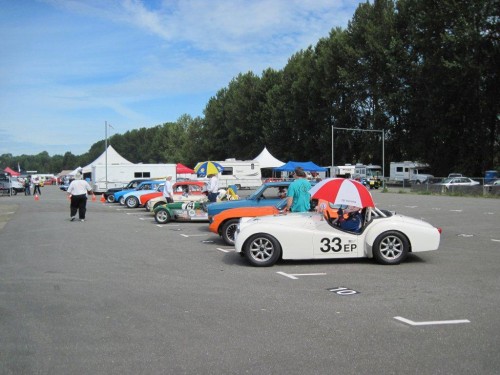 Getting ready in Pre-Grid for first Practice

Some of the VRCBC racers were out at Mission Raceway Park for the July 10th REVS event – part of the CACC – SCCBC Volunteer Appreciation Weekend. The results are now available here.

Here are some photos.

Getting ready in Pre-Grid for first Practice – VRCBC photo

Mark Brown and John McCoy for the lead #2 – VRCBC photo

“Are you sure that’s enough nitrous?” : Al and Brian Harvey – VRCBC photo 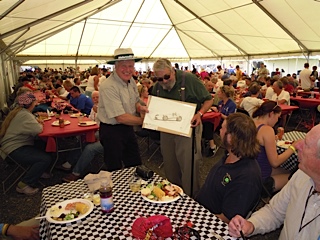 Myles Winbigler’s herculean effort to have his 1959 Sadler Formula Junior (known to all as “Aunt Marge”) rebuilt in time for the BCHMR was greatly appreciated by both the VRCBC and our special guest, the car’s constructor Bill Sadler, who thus had the opportunity to do some laps in one of his earliest racing cars for the first time in over 50 years.

Unfortunately, Myles was unable to attend the BCHMR due to family commitments. So on behalf of the VRCBC and Bill, at the SOVREN Historics event on the July long weekend, Ian Wood presented Myles with an original Billy Richards drawing of the Formula Junior in action .

In Myles’ words: “Many thanks to Tom Johnston, Ian Wood and to the VRCBC for the lovely drawing of Aunt Marge by Billy Richards, and autographed by Bill Sadler. This is a treasure I will hang in my den as a memory of an event I wish I could have attended. Although not there in person, I was there in spirit and the photos and articles forwarded to me from many sources as well as the personal stories I’ve been told have given me a wonderful sense of the weekend.” 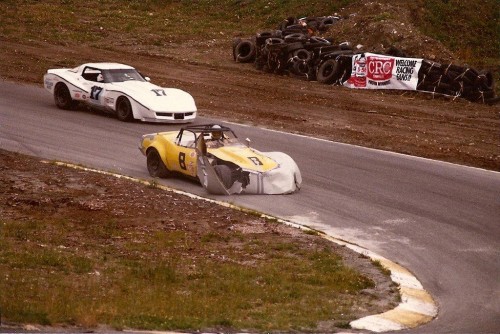 Brent Martin has just started a new photo website here . He has begun posting some of his scanned photos from the gone – but not forgotten – Westwood Motorsport Park plus many other west coast race tracks. Shown above is just one example. Check it out!