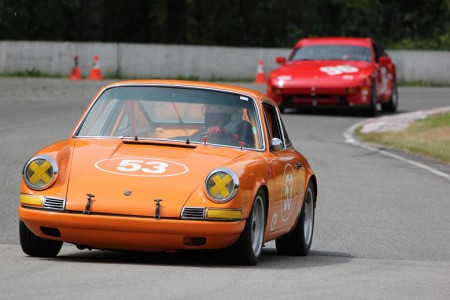 VRCBC Vintage racers were out on the Sunday of the SCCBC’s May Days event over the May 30-31 weekend at Mission Raceway Park Road Course. This was the first on-track racing of the 2015 season and the weather cooperated perfectly. The grid was enhanced with a couple of beautifully prepared new cars; Roger Van Der Marel’s Alfa Romeo GTV and Peter Valkenburg’s Porsche 911.

Update: The results are now available on the 2015 Season page (here) under the Race Results menu.

Brent Martin has again provided us with the great photos shown below. Check his web site (here) later this week for his full set of all of the weekend’s action.

END_OF_DOCUMENT_TOKEN_TO_BE_REPLACED

Gerry Frechette has posted some (97!) excellent action photos on his web site (here).

Some of the VRCBC’s finest took to the track for the final time this season during the SCCBC’s ‘Double Double Weekend’ on October 11th and 12th at Mission Raceway Park Road Course. The results are available on the ‘2014 Season Results’ page (here).

John McCoy in his ‘two-wheeling’ Escort Twin Cam and Phil Roney in his TVR took first and second places respectively in both races; with less than a second between them. Dennis Repel took third in the first race with his Camaro and Ian Thomas in his BMW took the final podium spot in the second race.

John has posted a short in-car video of the last few laps of his winning drive in the second race on You Tube (here). It is easy to tell that the track is still slippery.

In the middle of all that were another BMW (Leigh Anderson), Gunter Pichler’s XKE, the Datsuns (Paul Haym and Phil Linzey), the Porsches (Michael Hawthorne and Frank Chynoransky), the Volvos (Ian Wood and Peter Valkenburg), Ivan Lessner’s ‘Big Healey’ and the MGBs (John Elliott and Al Reid).

Over in the Open Wheel group, the always fast Alan McColl in his Formula Ford Tiga, VRCBC president Tedd McHenry in his Formula 4 Xpit and veteran Tom Sproule in his Formula Vee carried the Vintage flag. Unfortunately, Gayle Baird was unable to start either race after having some mechanical issues with her Vee on Saturday.

Photos of some of the entrants below:

END_OF_DOCUMENT_TOKEN_TO_BE_REPLACED 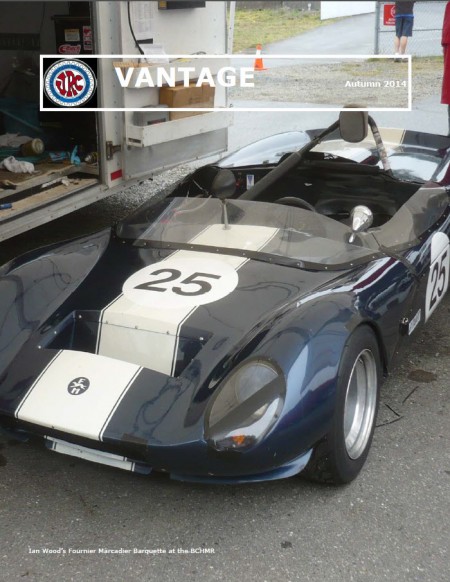 Editor in Chief Tom Johnston has just released the Autumn 2014 edition of Vantage – the VRCBC Newsletter. In this issue, President Tedd McHenry reviews the Club’s progress this year. Mike Tate then reminisces on ‘his life with beautiful models’! (Don’t jump to conclusions!) Robin Fairservice tells the story of the legendary one-off, mid-engined Jaguar XJ13. Tom Johnston reports on this year’s road racing inductees to the Greater Vancouver Motorsport Pioneers Society and there are some photo highlights from the BCHMR and other venues.

You can find this edition – and all of the previous Vantages – under the About VRCBC menu, or just download it directly by clicking here. 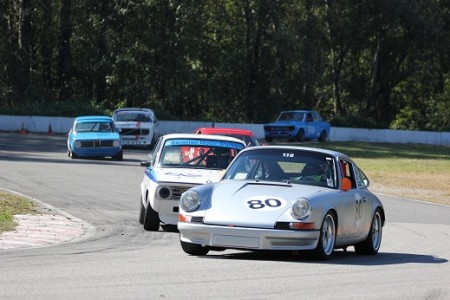 The latest racing in the VRCBC’s REVS series took place this past Sunday, September 14th during the SCCBC’s ‘September Sizzle Weekend’.

The results are posted under the ‘Race Results – 2014 Season‘ menu tab or just click here to go directly to the page. As always, thanks to the SCCBC Timing & Scoring team.

Update: Jim Bradley has posted some photos of the weekend’s racing in the ‘Cars‘ section of his website (here). Look for the ‘SCCBC – Sept 14 – 2014’ album or just click here to go directly to the six pages of photos. The fourth, fifth and sixth pages have some great shots of our VRCBC ‘hero racers’.

Thanks to Brent Martin for the action photos below.

END_OF_DOCUMENT_TOKEN_TO_BE_REPLACED

This year’s edition of the BC Historic Motor Races continued the great 27 year tradition of the VRCBC’s big annual event. The BCHMR has its own web site (here). Many photos of the weekend have already been added and the final results will follow soon. Check it regularly.

You can also see other photos and follow the ongoing serious (and not so serious) commentary among some of the racers, officials and fans on the VRCBC Facebook page (here).

The next regular VRCBC ‘River’s Edge Vintage Series’ races will take place on the Sunday of the SCCBC’s September 13th-14th weekend event at Mission Raceway. Full information will be posted on the Schedule page of the SCCBC web site (here).